At Blake Street Tavern in Downtown Denver, we love serving great food, hosting great events, supporting our community, and having fun. Make sure to stay tuned here for upcoming events and news on all that we have going on. Also stay tuned & follow us on Facebook, Instagram and Twitter.

Thank you for helping Blake Street Tavern support those affected by the boulder county fires. Blake Street Tavern is accepting donations of paper towels, new clothes, laundry soap, rolls of quarters, canned food, toiletries & other items. Our donations are in partnership with A Precious Child in Broomfield. A Precious Child assists children and families facing difficult life challenges such as abuse and neglect, crisis situations and poverty. Thanks for your support and don
51 views

Get a Blake Street Tavern gift card deal this holiday season – perfect for anyone who loves food and sports! Buy a $100 Gift Card and get a $20 Gift Card free. Thanks for supporting our local restaurant! Email shelley@blakestreettavern.com or call 303-675-0505 or see your server for details!
20 views

Join us for Blake Street Tavern New Year's Eve Party to celebrate the arrival of 2022! The Ballpark Neighborhood's best NYE party includes 3 ticket options including an All You Can Drink option, a Prime Rib Dinner option, or just cover option! We'll have a DJ in the Underground Social (which is packed with fun games like skeeball, darts, and Pop-A-Shot), a champagne toast at midnight, complimentary coat check, and NYE accessories! Buy Tickets » Blake Street Tavern New Year's
968 views

BST is proudly Vaxxed! We are committed to 100% staff and guest vaccination. Guests are required to show Vaccination Proof upon entry per Denver Public Health Order.
640 views

Blake Street Tavern has been the Official Denver Watch Party location for CU Buffs Football since 2003. No one throws a bigger and better CU Watch Party than America’s Best Football Bar! Join us!
86 views

FIREFIGHTERS and PUPPIES! This will be the HOTTEST event of your summer! Yep, we said it: Puppies and firefighters! What more could you want? Join us at Blake Street Tavern in downtown Denver on August 13th at 7pm for the hottest party of the summer. The Fire Rescue Dogs Calendar is back to hosting events and we're excited to unveil our 2022 calendar!!! We sold out early last year so you'll definitely want to be first in line to get your hands on this one! Buy Tickets » Gener
188 views

Join us for Comedy Night on Wednesday, August 11- 7:30 pm at 7:00 pm!! Denver Fringe has a kickass lineup coming your way! Headliner David Gborie, featuring Mitch Jones and special guests Caitie Hannan and Lee Robinson. David is a comedian, writer, podcaster and all-around thorough type dude based out of Denver, CO. He’s appeared on MTV, Showtime, Viceland, NFL Network, Trutv, and was named one of Comedy Central’s top Comics to watch in 2015. He’s also a co-host of the wildly
102 views

Have you tried Blake Street Tavern's green chile? It's delicious smothered over our burritos or just get a cup or bowl of it – we serve with warm tortillas and topped with cheddar cheese. We also have a vegetarian green chile that all of our vegetarian (and non-vegetarian) customers love! Nothing beats a delicious green chile smothered burrito! Stop by for breakfast or brunch – our Chilaquiles breakfast has scrambled eggs over homemade tortilla chips, smothered with our delic
36 views

CHRISTMAS IN JULY! Santa brought us a brand new High Def 6.5 x 10 Ft. Screen for our Beer Garden! Our new Screen is so much sharper + brighter than our old Screen. Stop by and literally see for yourself how rocking it is to watch Sports under the Big Tent in our Beer Garden. Check out a video of it on our Twitter feed »
32 views

Vaccination Update: We’re happy to report that 96% of our Staff of 115 is fully vaccinated. (Our staff that are not vaccinated have medical reasons). The safety of our staff and guests is of utmost importance for us and our community. Thank you for your patronage and support!
74 views 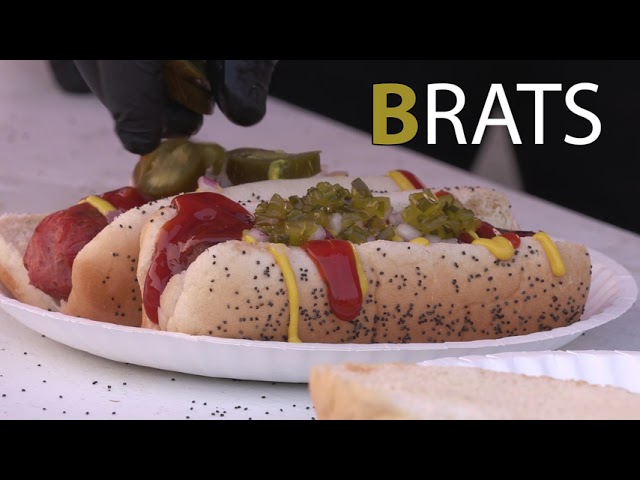 Watch the All-Star Games in Denver

Want the All-Star Game experience without breaking the bank? The best seat outside the Ballpark is at the biggest Sports Bar in Denver. Come see us for baseball, beers, burgers and brats! Check out Blake Street Tavern in this video below: Stop by anytime to enjoy our delicious, award-winning food as well as plenty of seating in our huge location with 3 bars, a downstairs Underground Social with arcade games, plus the Best Denver Patio with a killer view of Coors Field, and a
20 views

Stop by Blake Street Tavern on Saturday-Monday, July 10-12th from 6-8 pm for a chance to win #AllStarGame tix! Special thanks to @budweiserusa Stop by to get a chance to win tickets to the game, or stay and watch the games with us! We'll have a special menu and plenty of seating and tons of HDTVs so you can watch the game with us! View our award-winning food menu »
77 views

It's like Christmas in July!! We are very excited for the festivities this weekend, stop by Blake Street Tavern anytime over the All-Star Game weekend in Denver! We've got lots of room and extra staff ready to serve you! Win All Star Game Tickets at Denver's Best Sports Bar! Stop by Blake Street Tavern on Saturday-Monday, July 10-12th from 6-8 pm for a chance to win #AllStarGame tix! Special thanks to @budweiserusa You can see Coors Field from our patio, we're just down the
90 views

Eat late in downtown Denver at Blake Street Tavern! Our kitchen is open late with last call after midnight at 12:45am, so you can come in LATE and enjoy a late night meal in downtown Denver! We have free parking available, too, to keep things easy. View our full late night menu » Here are our new 2021 hours: Monday-Friday: 11am-2am Saturdays: 10am-2am Sundays: 10am-2am Kitchen Last Call: 12:45am Last Call for Drinks: 1:30pm ORDER LATE NIGHT DELIVERY + TAKEOUT » We're one of t
476 views

Relay for Rescue in Denver

On Saturday, July 24, 2021 at 2pm, twelve local animal welfare organizations are joining forces at Blake Street Tavern for Denver's 5th Annual RELAY FOR RESCUE...HYBRID style! Join in on the fun at Blake Street Tavern as we build awareness, attract local supporters, and raise money for each individual cause. Learn more about the Relay for Rescue » You will compete for the coveted grand prize while completing a scavenger hunt, thanks to our friends at GooseChase. You can parti
57 views

Thank you to all of our customers who voted us as Denver's Best Sports Bar for Playing Games again in 2021! We're proud to be Denver's Best Sports Bar serving Denver folks since 2003! Our locally-owned Denver Sports Bar has won tons of awards of the years, and we appreciate all of your continued support! Our downtown Denver Sports Bar offers offers two floors of fun, including four separate areas dedicated to state-of-the-art game sound environments, 65+ 4K Ultra-HD TVs, a ma
101 views

Modelo and Margs Day Celebrate Cinco de Mayo at Blake Street Tavern! We will have some awesome specials on Modelo, margaritas, Dos Equis, and tacos all day! We're open on May 5, 2021 from 11am-2am. Join us inside with plenty of social distancing, or outside in our covered Beer Garden or Patio to enjoy the warm spring breezes! RSVP and share on Facebook »
37 views

The Best Denver Beer Garden is at Blake Street Tavern! Our outdoor beer garden is now open this spring, come join us! You heard that right, Blake Street Tavern has a new Beer Garden to serve you so you can enjoy our beautiful weather! We have a huge tent and can seat parties with plenty of 6-ft distancing. No reservations needed! We have lots of seating in our Beer Garden as well as on our beautiful Patio and in our indoor open-air Tailgate room, so come on down and join us f
185 views

WE TURN 18 TODAY!! The Big House on Blake thanks you so much for your patronage and making us Denver’s most awarded Sports Bar! We know this coming year will be our best yet as we kick this pandemic’s butt and welcome everyone back! Since we opened our doors in 2003, Blake Street Tavern has dedicated itself to elevating the traditional sports bar experience into the ultimate sports bar experience. Boy has time flown by, thank you for all your continued support of Denver's be
58 views

Enjoy delicious tacos every Tuesday at Blake Street Tavern! Taco Tuesday is back!! Your choice of ground beef, chicken, Carne Asada, or pulled pork served with beans and rice! You'll love the guacamole and salsa on the sides – packed with nutrition and flavor!!
48 views
12
3
45